Animals commonly find shelter in people’s attics, especially in the fall and winter months. They can tell that the inside is warm by the air that escapes the roof’s ventilation. To get inside, raccoons and squirrels will break the soffits, chew through the vents, or climb down the chimney. Housing animals in the attic however can seriously damage the insulation within and increase energy costs. It also puts your home at risk of getting more pests and the pathogens they bring with them. In this case, both raccoons and squirrels had broken into this Ajax home, one after the other. If you suspect an infestation on your property, call Wildlife Shield. 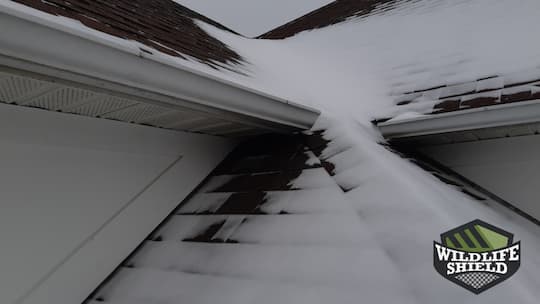 The owners of this Ajax property called Wildlife Shield in early February when they suspected that raccoons were living in their attic. They could hear them making noises late at night. A technician promptly visited the property and performed a thorough inspection of both the interior and exterior of the house. No matter the situation, our technicians always examine the infested structure from top to bottom. We have the training and safety gear required to meticulously inspect roofs, attics, and other raised structures. The roof was closely examined for points of entry such as gaps in the roof’s edge, exposed roof vents, and damaged soffits. 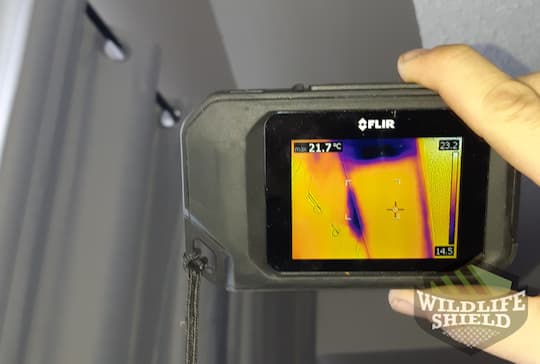 Two holes were found at a junction where the roof covering the second floor met the roof below. Using a thermal camera, the technician confirmed that raccoons had broken into the attic at the intersections between the roofs and soffits. The technician on-site recommended that the raccoons be removed immediately, and that the roof be protected from another invasion by wildlife-proofing the home. This would involve covering the roof vents and plumbing vents with a galvanized steel mesh, which cannot be chewed through nor torn off by wild animals. While it was not necessary for the removal of the raccoons, it would provide the home with some long-term protection against persistent wildlife. 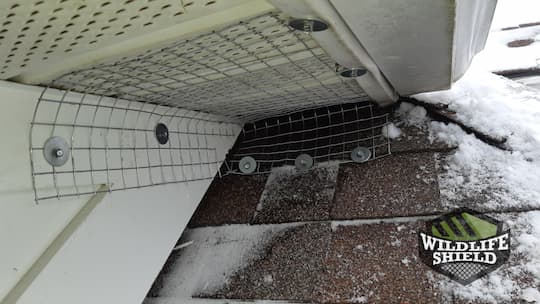 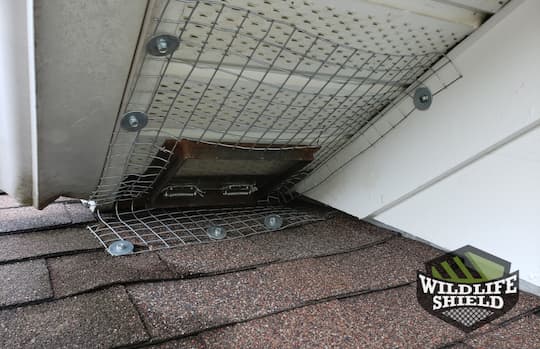 To get the raccoons out, the technician reinforced one of the broken soffits with a galvanized steel mesh. On the other opening, he installed a one-way door. This would allow the raccoons to exit while preventing their re-entry. The roof vents were not protected at this time. A few weeks later, Wildlife Shield called the owners to verify that the animals had left. They were no longer witnessing any activity. A technician then sealed the entry point.

Some time later, in October, the owners called to say that they could hear noises coming from the attic. Performing another inspection was no problem because Wildlife Shield provides 2-year warranties on its exclusion services. A member of the Wildlife Shield team came to inspect the situation and found no vulnerabilities on the exclusion we installed. A squirrel, however, had breached a roof vent. 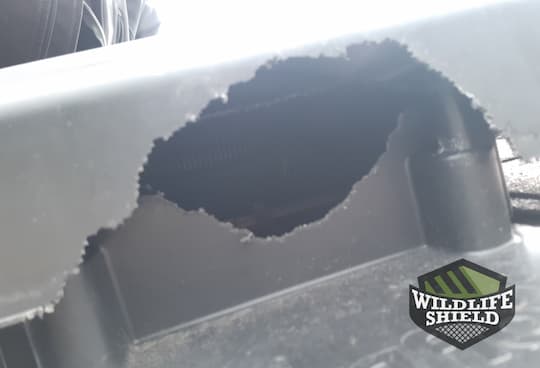 Squirrels often break into people’s attics in the fall when temperatures drop. The smells and warm air that emanate from the attic attract wildlife. This squirrel had chewed its way through a roof vent the homeowner had previously declined to have covered. While it is an unfortunate coincidence, squirrel invasions are common in residential areas. The technician on duty found where the squirrel was nesting and installed a one-way door to the vent it was using. The other vents were then covered in mesh as well, to prevent any more invasions from happening. Within a few weeks, the squirrel was gone, and a technician removed the door. 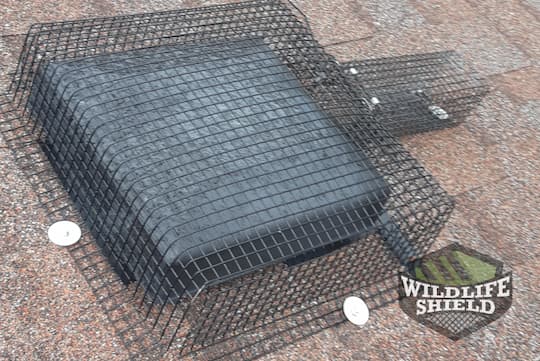 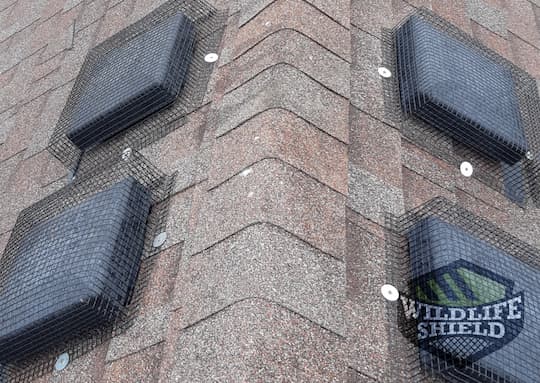 This case shows how important it is to protect your attic from wildlife. While it may be pest-free for now, you never know when an animal will want to call it home. Every opening on the roof is vulnerable. If you are interested in pest-proofing your home, the experts at Wildlife Shield would be happy to help. We provide safe, guaranteed removal and exclusion services for all pests and wildlife. Call Wildlife Shield today: 647-560-3988.