Hearing noises in the attic in the early morning rules out nocturnal animals such as raccoons, possums and rats. The most likely culprit, in this case, is squirrels although a little investigation into the type of noise and hours of activity can help confirm your suspicions. Determining what animal is in your attic is the first step to removing the animal. Squirrels are diurnal animals which mean they are active during the day and sleep through the night. Squirrels are most active early morning just after dawn. The activity may slow down during the day and peak again just before dusk or early evening. Squirrels leave their nest to forage for food and water and it is not uncommon for a squirrel to leave the nest and return multiple times a day. Call us if you need squirrel removal in Toronto, our animal removal experts know how to set a one-way door to find all entry points to remove squirrels completely.

You may occasionally hear noises at night as the squirrels stir. If there is heavy activity at night and little or none during the day, you may be dealing with a nocturnal animal such as a raccoon. 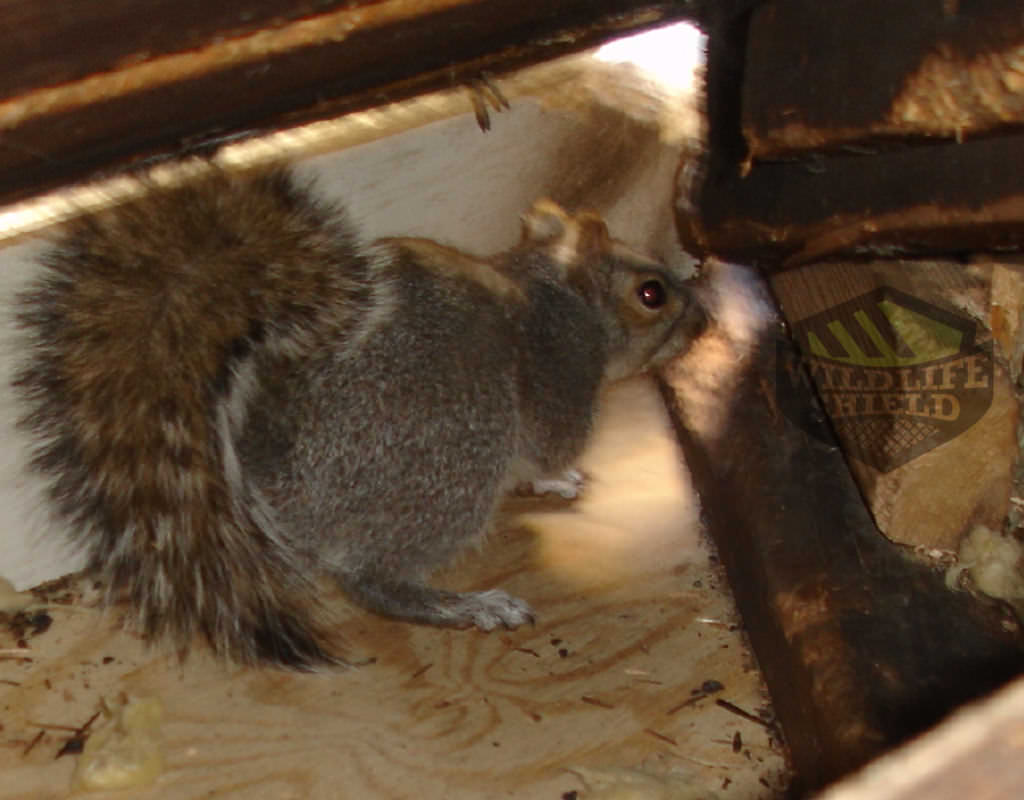 squirrel building a nest in the attic

Unlike raccoons, squirrels are not vocal animals. Most of the noise includes running, scratching and scurrying. You may also occasionally hear noises of nuts rolling around.

Squirrels may enter the attic through an existing hole such as a vent opening or chew their way into the attic. Squirrel teeth are extremely strong and are easily able to chew through soffits, roof fascia boards and wood. These rodents prefer the attic because it is safe from predators, is dry and is an ideal location to give birth and raise baby squirrels. 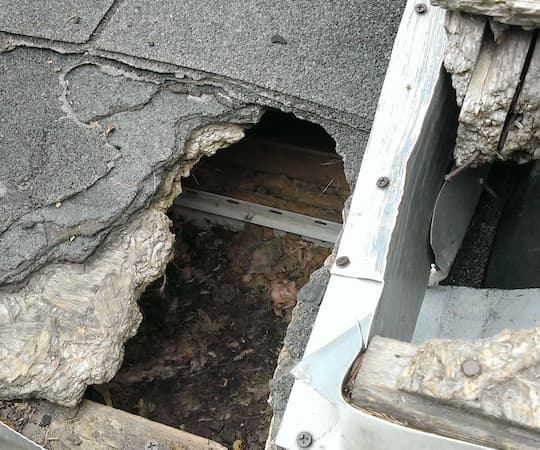 Most homeowners are tempted to perform DIY squirrel removal but this approach has a high failure rate. There are multiple steps to a successful and permanent squirrel removal that only an expert can perform effectively.

Trapping is a common method but unlike popular belief, it is neither humane nor as effective as many people believe. Trapping the squirrel exposes it to the elements and predators while there is always the risk that the animal might be injured while attempting to escape from the trap. Keep in mind that it is illegal to transport wildlife in Ontario for more than a kilometre without a permit.

Another major concern of DIY squirrel removal is separating the animal from its babies. A mother squirrel can cause extensive damage to a house or structure in an attempt to get back to its litter. The motherless babies will also most certainly die from starvation if separated from the mother which is a moral and practical (the corpses will begin to stink) problem.

Most wildlife removal experts in Toronto prefer the exclusion method. This involves sealing all possible attic access points leaving a single hole where a one-way door is installed. The squirrel may leave the attic to go foraging but the door doesn’t work the other way and therefore blocks the animal’s re-entry.

An expert is able to identify all other potential holes and attic access, remove the younglings if any, properly install a one-way extraction door and remove all evidence of the nest so other rodents aren’t tempted to occupy the empty attic.

Wildlife removal is a multi-step, methodical and complicated process that is best left to the professional. Consider hiring a wildlife removal service that guarantees its work for at least a year.

Hire an Expert to Remove Squirrels from Attic

There is no shortage of reasons why you should hire an expert to remove squirrels in the attic in Ontario rather than attempt to remove the squirrels yourself. There is always the risk of attack where a nursing mother is involved. Rabid squirrels although rare cannot be ruled out.

You should also be careful about sealing entry points into the attic until you are positive that there are no baby squirrels inside. Sealing the litter in means the babies die of starvation or dehydration. The desperate mother can cause extensive damage while attempting to get back into the nest. Older babies may also become desperate and attempt to claw their way out causing serious damage.

Call Wildlife Shield and our experts can help you identify and fix your squirrel problem. We also offer insulation removal and attic cleaning services in Toronto.